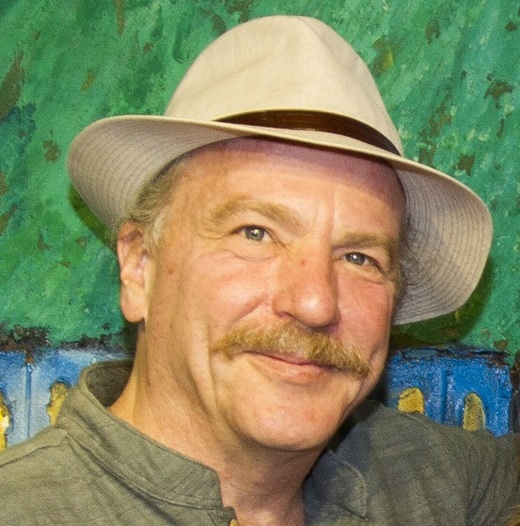 Adam Lehman, T.N.P. (Traditional Naturopathic Practitioner), En.K. (Energy Kinesiologist), currently resides in Petaluma, California. He is the Founder/Director of the North Bay Center of BioEnergetic Health, a private Wellness Consulting practice located in Sonoma, California, and the Institute of BioEnergetic Arts & Sciences. The Institute is the educational part of the center, offering self-help and professional training workshops based on Energy Kinesiology (muscle testing) and HeartMath emotional self-regulation and coherence methods.

Adam originally hailed from New York City, where he attended Trinity School for 10 years before going to northern Massachusetts to attend Northfield Mt. Hermon for his final two years of high school. After one year at Syracuse University in the Newhouse School of Communications, Adam left school to pursue his passion in music and recording. After living for a year in nearby Connecticut while studying music in New York City with Helen Hobbs Jordan, Adam returned to the city and began a year long apprenticeship at Studio 21, the recording studio of the National Lampoon. He then left to start his own recording studio, Wharf Rat Sound on the upper east side of Manhattan.

When Adam first moved to the Bay Area, he lived in Berkeley, and opened the Bay Area Center of KinesioHealth, where he practiced for several years. After moving to Sonoma, where he resided for 10 years, Adam re-named the center and maintains his practice there, as well as teaching workshops. He is now in demand as a presenter at conferences worldwide and an international professional trainer/instructor.

I grew up in a family that relied on Western medicine – the family doctor was the medical authority. Having suffered breathing challenges from birth and having food sensitivities that were not considered in those days, I was given huge amounts of antibiotics growing up. Through my teen years, with multiple episodes of chronic bronchitis and acne (resulting from the unaddressed food sensitivities), the amount of antibiotics increased dramatically. I eventually figured out that these treatments were not really accomplishing anything, so I stopped. But they clearly took their toll.

In addition, I was the shortest person in my school through the third grade. With the best of intentions, my father later put on an "experimental" treatment protocol to accelerate my growth. 30 years later, with the help of the internet, I figured out that the treatment was anabolic steroids, which I took for at least 3 years from age 12-15 to the best of my memory.

In my 20s, after many years of the sedentary lifestyle of a recording engineer/producer in New York City in the late 70s and early 80s, I began experiencing health problems that I didn't feel were being addressed by the medical establishment. My digestion was poor, my immune system was taxed, and I continued with a history of headaches. I no longer felt that taking medications were helping, and never felt that they made much sense to begin with.

A good friend who was involved in holistic health referred me to a chiropractor in New York – Linda Li – who used a method of muscle testing called Clinical Kinesiology in her practice. Through regular sessions, nutritional support and lifestyle change, my health began to improve. Within a few days of changing my diet, I could breath like I never had been able to in my life! With continued work, the rest improved from there.

I became enamored of the process of personal growth and healing. I began to explore a broad variety of natural healing arts modalities – acupuncture, massage, Jin Shin Do, and more – as well as disciplines such as Tai Chi and Psychocalisthenics. This led me to pursue a new passion, one that allows me to continue working with people (as I did in the music business), but in a way that assists them in their own pursuit of wellness and personal growth.

I attended the Swedish Institute of Massage in NYC and became a licensed massage therapist in New York. My desire to learn more about wellness on all levels continued to blossom, but my main fascination was always in kinesiology – muscle testing – and all that it could do. The ability of muscle testing to integrate the entire world of the healing arts and make it all available just made sense to me.

Obsessed with all that had to do with Energy Kinesiology, I went from New York to California and around the US, to Bali, Australia, and Europe in order to track down the training that I felt would further assist me in helping others (see my resumé for details). I continue to pursue new learning as much as possible – there is so much growth happening in the field of health and wellness, and the tide seems to be turning as more and more people find alternative ways of pursuing their goals outside of the mainstream medical establishment.

In the last few years, a new passion has developed – HeartMath. I first learned about HeartMath soon after their inception in 1991, and immediately gravitated towards their philosophy. It fell right in line with the Kinesiology concepts I was learning, so I incorporated them into my work. It wasn't until just a few years ago that I discovered they had created their own body of training based on their research, and I immediately hopped on board. It's been a joy to integrate their work into my practice, as it's truly a game changer both on an individual level and with global implications.

An unexpected benefit from all the new learning I pursued over the years is that it opened the door to something I had always been attracted to, but didn't think would be possible – at least not in a traditional sense...teaching. Becoming a teacher was something I often considered when I was growing up as something I'd like to do. But once I dropped out of college to pursue my career in the music business, I figured that wouldn't be possible.

Upon realizing that I could be certified as an instructor of the kinesiology programs I was learning, I did so whenever possible. Additionally, through the years – with the learning, the clinic experience, and the teaching – I began to develop my own techniques and methods as well. My goal became to provide an integrated and enriching program for others to learn from.

I now am honored – and deeply grateful for the opportunity – to spend much of my time sharing my knowledge and experience with others through the training experience, so that they may in turn use this remarkable work to assist others with their own health and wellness goals.

As a practitioner/facilitator, Adam brings his insight, compassion and humor to his skill and knowledge of kinesiology and related integrative healing arts. This focus allows him to have an accomplished general practice, working with issues as far reaching as women's health to neurological disorders, digestive issues to emotional challenges, learning issues to serious disease processes, and more.

As an instructor, Adam’s approach of “sharing information” allows him to communicate even difficult concepts in easy to understand ways. His knowledge and experience have led to a deep understanding of the work he presents, resulting in an enriching learning experience. Known for his patience and humorous style, Adam helps the learning process to be both rewarding and fun.